What makes music romantic? Like beauty, romanticism is in the eye—or ear—of the beholder. As a musical movement, it is generally associated with nineteenth century Europe though the romantic movement actually originated in Germany. Its visual symbol, used by poets from Novalis to Eichendorff, is Die blaue Blume (The blue Flower). In this exquisite trilogy of romantic classical music, The Romantic Approach explores the origin of music romanticism, French and Italian romantic music, and 20th century American romantic music written after the end of the romantic era.

The first volume in this trilogy, The Romantic Approach: A Special Collection of 20th Century American Music (13087-2) may have surprised listeners who felt that contemporary America has produced very little romantic art. The diverse roster of some of the last century's finest composers also reflects the diversity in the music, from jazz influence to classical. This collection of works echo the lyrical, tonal style of European classical music of the nineteenth and early twentieth centuries.

The Romantic Approach, Volume Two: A Special Collection of Classical Music from Italy and France (13101-2) showcases the very heart of romantic literature. Of all the countries in the world, France and Italy have been those most associated with things romantic; even the sounds of their languages are musical, and that song-like quality has certainly colored much of the music of these two countries. Some of the works and composers on this volume will be familiar to opera lovers, a central part of the musical life of these countries, although all selections are instrumental. It is rounded out with unjustly neglected masterpieces from several gifted French and Italian composers, reaching all the way into the present time.

The Romantic Approach, Volume Three: Classical Music from Germany (13162-2) takes us back to the origin of the Romantic movement—to Germany—and to the emotional works of some of its greatest composers. These composers could move their listeners without having to resort to painting a particular image in sound. This is music that can speak to the emotions without dictating which emotion you should feel; in fact, it can evoke a different vision or story in each listener. 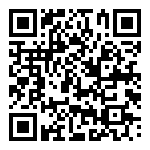 Sonata for Strings No. 1 in G

Largo from Concerto in C

for Mandolin and Strings RV 425

Gymnopédie No. 1 by Erik Satie

On the Town: Three Dance Episodes

Hymn and Fuguing Tune No. 2

A Night Piece by Arthur Foote

Village of the Virgins from

Suite from the River by Duke Ellington

Fantasia from Clarinet Quintet in B Flat Major Op. 34

Adagio from Quintet for Clarinet and Strings in B Minor Op. 115